The R code for this post is on github.

Trimmed means are robust estimators of central tendency. To compute a trimmed mean, we remove a predetermined amount of observations on each side of a distribution, and average the remaining observations. If you think you’re not familiar with trimmed means, you already know one famous member of this family: the median. Indeed, the median is an extreme trimmed mean, in which all observations are removed except one or two.

Important point: if we use a trimmed mean in an inferential test (see below), we make inferences about the population trimmed mean, not the population mean. The same is true for the median or any other measure of central tendency. So each robust estimator is a tool to answer a specific question, and this is why different estimators can return different answers…

Here is how we compute a 20% trimmed mean.

Let’s consider a sample of 20 observations:

First we sort them:

Let’s illustrate the trimming process with a normal distribution and 20% trimming: 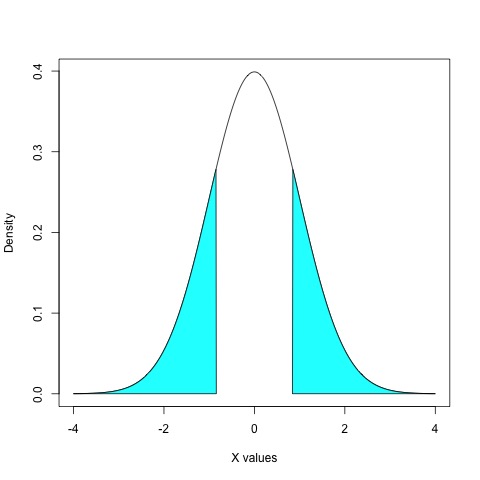 We can see how trimming gets rid of the tails of the distribution, to focus on the bulk of the observations. This behaviour is particularly useful when dealing with skewed distributions, as shown here: 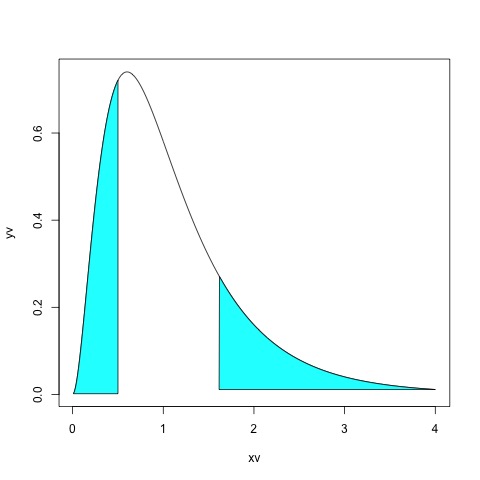 In this skewed distribution (it’s an F distribution), there is more variability on the right side, which appears as stretched compared to the left side. Because we trim the same amount on each side, trimming removes a longer chunk of the distribution on the right side than the left side. As a consequence, the mean of the remaining points is more representative of the location of the bulk of the observations. This can be seen in the following examples. 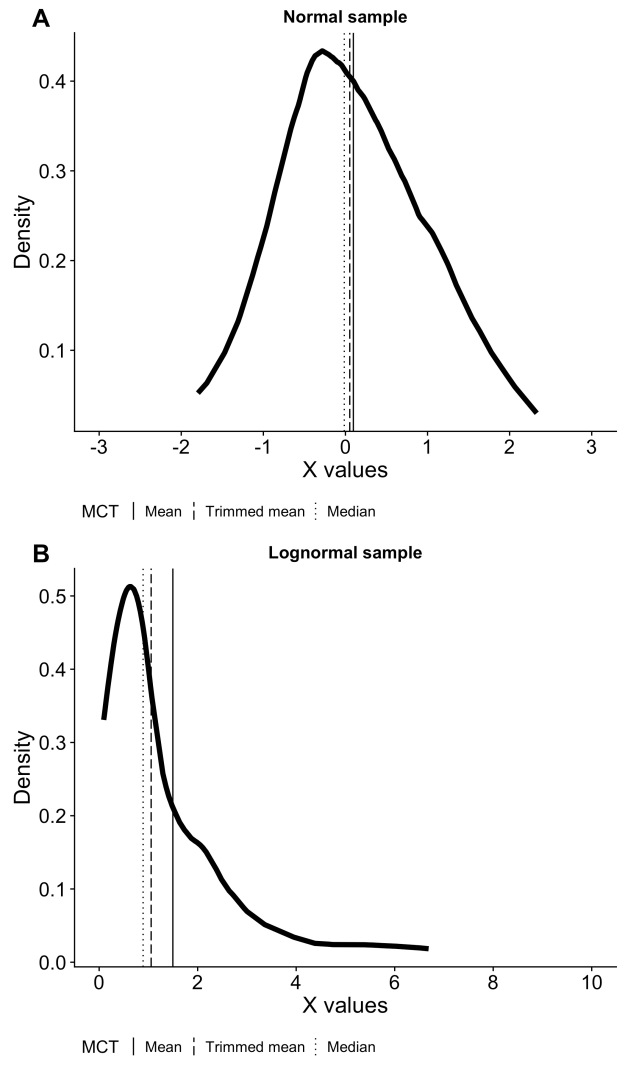 I have heard that question over and over. The answer depends on your goal. Statistical methods are only tools to answer specific questions, so it always depends on your goal. I have never met anyone with a true interest in the mean: the mean is always used, implicitly or explicitly, as a tool to indicate the location of the bulk of the observations. Thus, if your goal is to estimate central tendency, then no, trimming doesn’t discard information, it actually increases the quality of the information about central tendency.

I have also heard that criticism: “I’m interested in the tails of the distributions and that’s why I use the mean, trimming gets rid of them”. Tails certainly have interesting stories to tell, but the mean is absolutely not the tool to study them because it mingles all observations into one value, so we have no way to tell why means differ among samples. If you want to study entire distributions, they are fantastic graphical tools available (Rousselet, Pernet & Wilcox 2017).

Base R has trimmed means built in:

mean can be used by changing the trim argument to the desired amount of trimming:

There are plenty of R functions using trimmed means on Rand Wilcox’s website.

We can use trimmed means instead of means in t-tests. However, the calculation of the standard error is different from the traditional t-test formula. This is because after trimming observations, the remaining observations are no longer independent. The formula for the adjusted standard error was originally proposed by Karen Yuen in 1974, and it involves winsorization. To winsorize a sample, instead of removing observations, we replace them with the remaining extreme values. So in our example, a 20% winsorized sample is:

You can use all the functions below to make inferences about means too, by setting tr=0. How much trimming to use is an empirical question, depending on the type of distributions you deal with. By default, all functions set tr=0.2, 20% trimming, which has been studied a lot and seems to provide a good compromise. Most functions will return an error with an alternative function suggestion if you set tr=0.5: the standard error calculation is inaccurate for the median and often the only satisfactory solution is to use a percentile bootstrap.

**Q: “With trimmed means, isn’t there a danger of users trying different amounts of trimming and reporting the one that give them significant results?”**

There are some Matlab functions here:

These functions can be used with several estimators including  trimmed means: